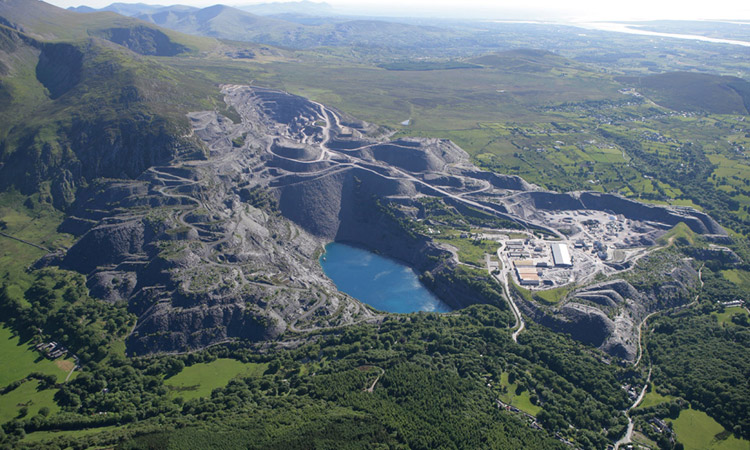 The shattered slate quarry landscape of north-west Wales is to be nominated for world heritage status, a distinction enjoyed by sites such as the Great Barrier Reef, the Taj Mahal and the abandoned southern African kingdom of Mapungubwe.

The UK government can put forward one site per calendar year to be considered for Unesco world heritage site status and on Tuesday the heritage minister Michael Ellis announced that it would be Gwynedd’s slate landscape.

The area is described as having “roofed the 19th-century world”, with vast quantities of slate being sent around Britain as well as expanding towns across Europe, the US and Australia.

“Gwynedd’s slate landscape is hugely important,” Ellis said. “Its vast quarries and mines have not only shaped the countryside of the region but also countless buildings across the UK and the world.

“This is a crucial milestone on the road to becoming a world heritage site and the global recognition that brings. While the Unesco nomination process is very thorough, I believe this unique landscape would be a worthy addition to the list.”

The landscape of quarries, mines, railways and villages will be formally presented as a nomination next year. The selection process culminates in a decision in 2021.

If successful, the landscape would be the fourth world heritage site in Wales, joining the Blaenavon industrial landscape, the 13th-century castles and town walls built in Gwynedd by King Edward I, and the Pontcysyllte Aqueduct.

The UK has 31 world heritage sites, including places as varied as the Lake District, the Forth Bridge, the Tower of London, Blenheim Palace and neolithic monuments on Orkney.

Worldwide, there are more than 1,092 sites across 167 countries. Italy has the most, with 54 sites from the rock drawings of Valcamonica to the industrial northern city of Ivrea where Olivetti has its headquarters.

The UK’s most recent nomination was for the Jodrell Bank Observatory. It was nominated in January 2018 and recently underwent an evaluation by Unesco experts. A decision is expected next summer.

The UK government’s minister for Wales, Mims Davies, said she hoped the status would help “revive and grow the economy” of the slate areas. “An accolade such as this not only highlights the immense beauty and history that Wales has to offer but also acts as a catalyst to investment and tourism.”

The area includes the slate mines, quarries and railway of Ffestiniog; the Dinorwig slate quarry mountain landscape; and the Aberllefenni slate quarry, which is one of the oldest in Wales, possibly dating from the early 16th century.