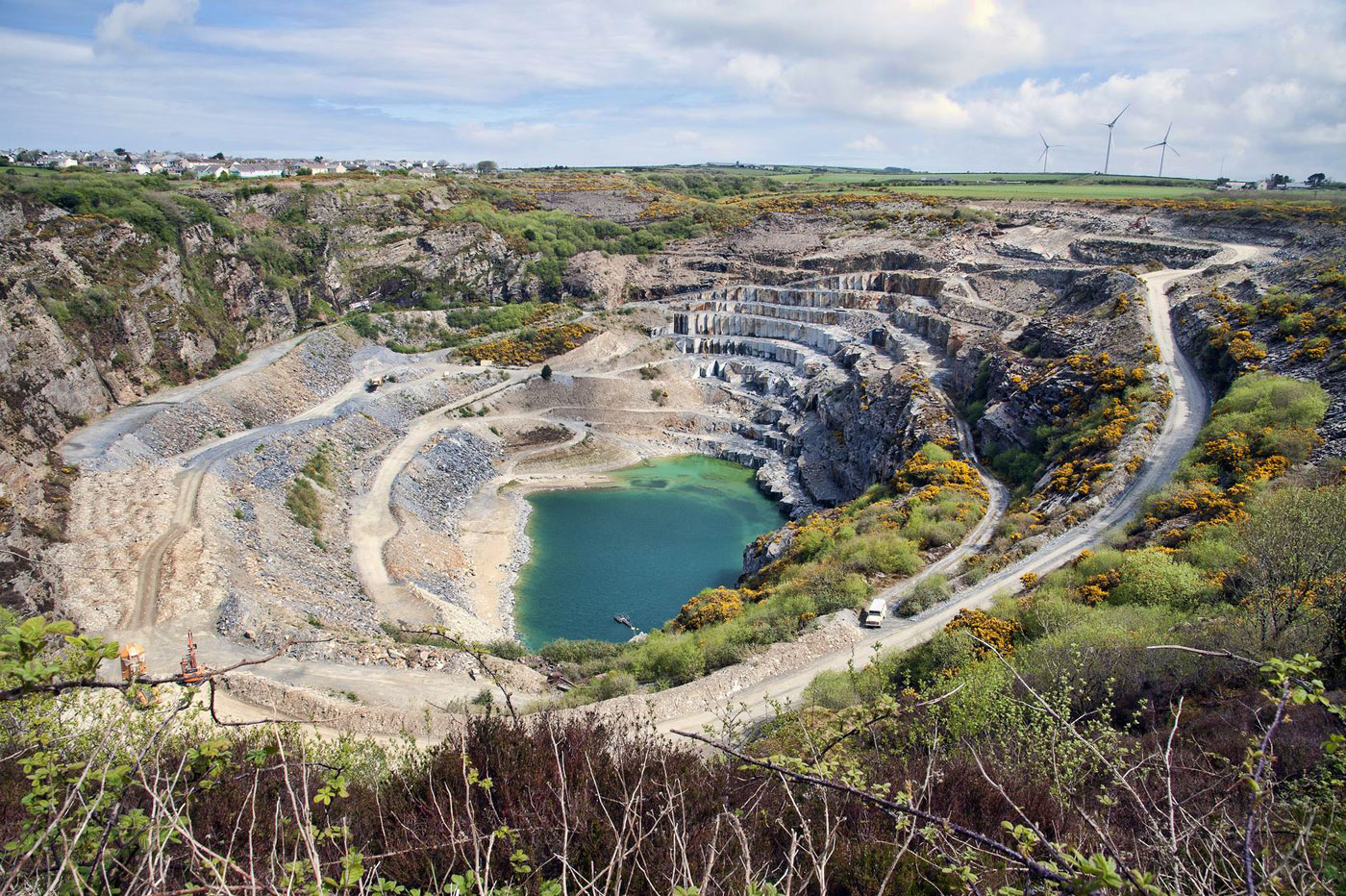 Come and visit the oldest working slate quarry in England. One of the most important Industrial Heritage sites in Britain today. Join a tour and see world renowned Delabole roofing slate split by hand just as it has been for centuries.

Delabole Slate Quarry has been in operation for around 1000 years and over 10 million tonnes of slate has been quarried since it was first recorded in the Domesday Book of 1086. Records show the manor of Deliou under the ownership of William the Conqueror’s brother-in-law, Count de Mortaine, the 1st Earl of Cornwall. The Normans would have required the slate for their castle and estate building program across the south of England.

The earliest record of the name «Delabole» is on a tythe map of 1284. The name means “leafy pit “.

During the reign of Queen Elizabeth 1st, there were five quarry workings in the area of the great pit and Carew in his survey of Cornwall noted “they assumed considerable importance, delivering slate throughout the realm and even exporting by sea to Brittany and the Netherlands”.

For centuries, ownership of the great quarry was split between several families and estates that worked their own section or leased parts to small groups of quarrymen. This method of working inevitably resulted in many disputes and court battles until 1842 when The Old Delabole Slate Company was formed and successfully secured all the freehold rights to the quarry.

In the 1850’s, over 1000 men, women and boys worked at the quarry. Today the work of 1000 quarrymen can be done with just a few large machines operated by 5 quarrymen.

Alongside the huge Delabole quarry the hamlets of Pengelly, Medrose, Rockhead and West Downs grew up over the centuries mostly built by past quarry owners. In 1893, when the North Cornwall Railway was extended to Delabole Quarry and beyond, the station was named  the Delabole stop. It was at this time the hamlets were finally joined to become the village of Delabole.

A Must See When Visiting Cornwall

The quarry is now almost 500 feet deep and over 1.5 miles around. Once the largest man-made hole in Europe, it is an amazing sight to see. So if you come to Cornwall, be sure not to miss it.

The Skill of the Delabole Splitter

The age old skill of hand-splitting roof slates has been handed down through generations of Delabole men and boys and we use the very same skills today. To see the centuries old hand-splitting of the world renowned Delabole roofing slate, you will need to join a short walking tour.