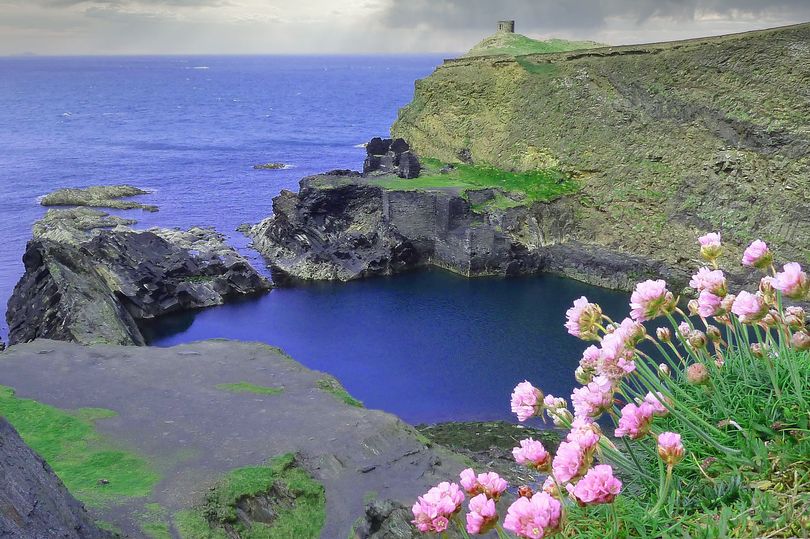 If someone asked you what the smallest city in Britain is, would you know the answer?

Located within the Pembrokeshire Coast National Park, St Davids lies on the River Alun and is the resting place of Wales’ patron saint – Saint David, who lived in the area in the 5th century.

The National Park boasts endless stretches of coastline, beaches and wildlife for people to explore.

Just 15 minutes away from the city is the iconic Blue Lagoon in Abereiddi.

READ MORE:The unbelievably pretty seaside town in Cornwall with iconic castle that you can only reach 4 hours a day The area played a large role in the slate industry, with around 100 quarries in action in the late 18th century.

Set in the rugged rocks on the Pembrokeshire coast, the lagoon is just to the north of Abereiddi Beach, and was originally the main quarry of the St Brides Slate Company – which ceased operations in 1910.

The slate gave the water its vibrant aqua blue colour.

The Blue Lagoon was formed when the channel connecting the quarry to the sea was blasted, allowing the sea water to flood in.

It won Tripadvisor’s Travellers’ Choice Award for 2021, with the site calling it “spectacular”.

One previous visitor said: “Not one to miss! This place is stunning and a must for thrill seekers who want to jump in from the high points.”

Another wrote: “What an exhilarating experience! Mid-August and it was freezing both in and out of the water. Despite this the lads worked together to overcome the cold and heights. Loved it.”

A third commented: “10/10, very blue! Good spot to take dogs, children and unwitting friends who did not expect such a spectacle during their journey.” For those who want to explore the UK’s smallest city, it’s iconic cathedral has stood in the same place since the sixth century, with the present day building being constructed between 1180 and 1182.

Explore St David’s shrine, the only Cathedral Library in Wales, and a number of chapels in honour of St Thomas Becket and the Virgin Mary. Or wander around the Gothic ruins of the Bishop’s Palace, which was revamped from a building only fit for servants to a grand palace by Bishop Henry Gower in the 14th century.

And if you run out of things to do on the mainland, you can take a boat trip to the wild offshore islands of Ramsay, Grassholm, Skomer and Skokholm.

For classic pub dishes, The Farmers Arms serves up fish and chips, bangers and mash, and ham, egg and chips.

St Davids may be the UK’s smallest city, but it’s full of history, scenic coasts and intriguing wildlife waiting to be explored.