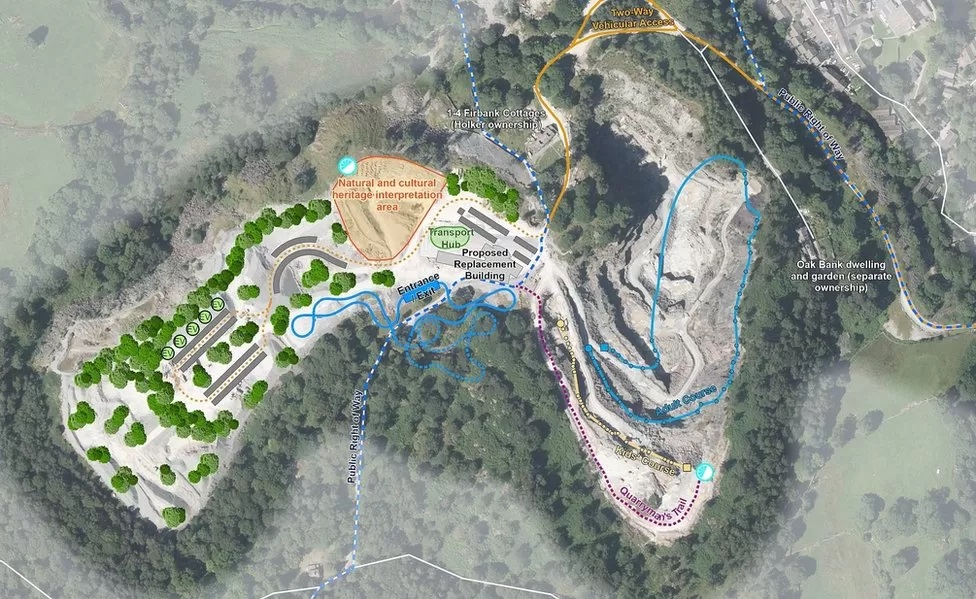 A petition against plans for an adventure tourism experience at a Lake District quarry has now topped more than 65,000 signatures.

Burlington Stone wants to install high rope-courses, zip-lines and a cavern toboggan ride at Elterwater Quarry, in the Langdale Valley.

Opponents claim the site is unsuitable and would lead to «traffic chaos».

Owners the Holker Group would not comment on the petition against its «immersive learning experience».

A planning application for the quarry is being developed but a spokesperson declined to say if or when it would be submitted, according to the Local Democracy Reporting Service.

The online petition has been set up by a group called Zip Off Langdale and had 32,000 signatures at the end of June.

Signatory Carl Bradford said old industrial sites «should be made to be environmentally sound, nature-attracting habitats like they once were.»

Liz Gwynne called the site «inappropriate» and said it could not support the «the tourist traffic it hopes to generate».

Christine West wrote that the «unique and precious natural area» must not be «destroyed by tacky frivolity».

The charity Friends of the Lake District has also criticised the idea and claimed it revived fears of the area «being turned into a theme park».

Vantage points would enable those not taking part to watch and learn more about the quarry and the slate industry, the company has proposed.

«We are keen to educate people with the history of this business that we have been in for over 200 years,» a spokesperson previously said.

It also highlighted plans for a new car park and said there was «significant scope» for «considerable local economic opportunities».