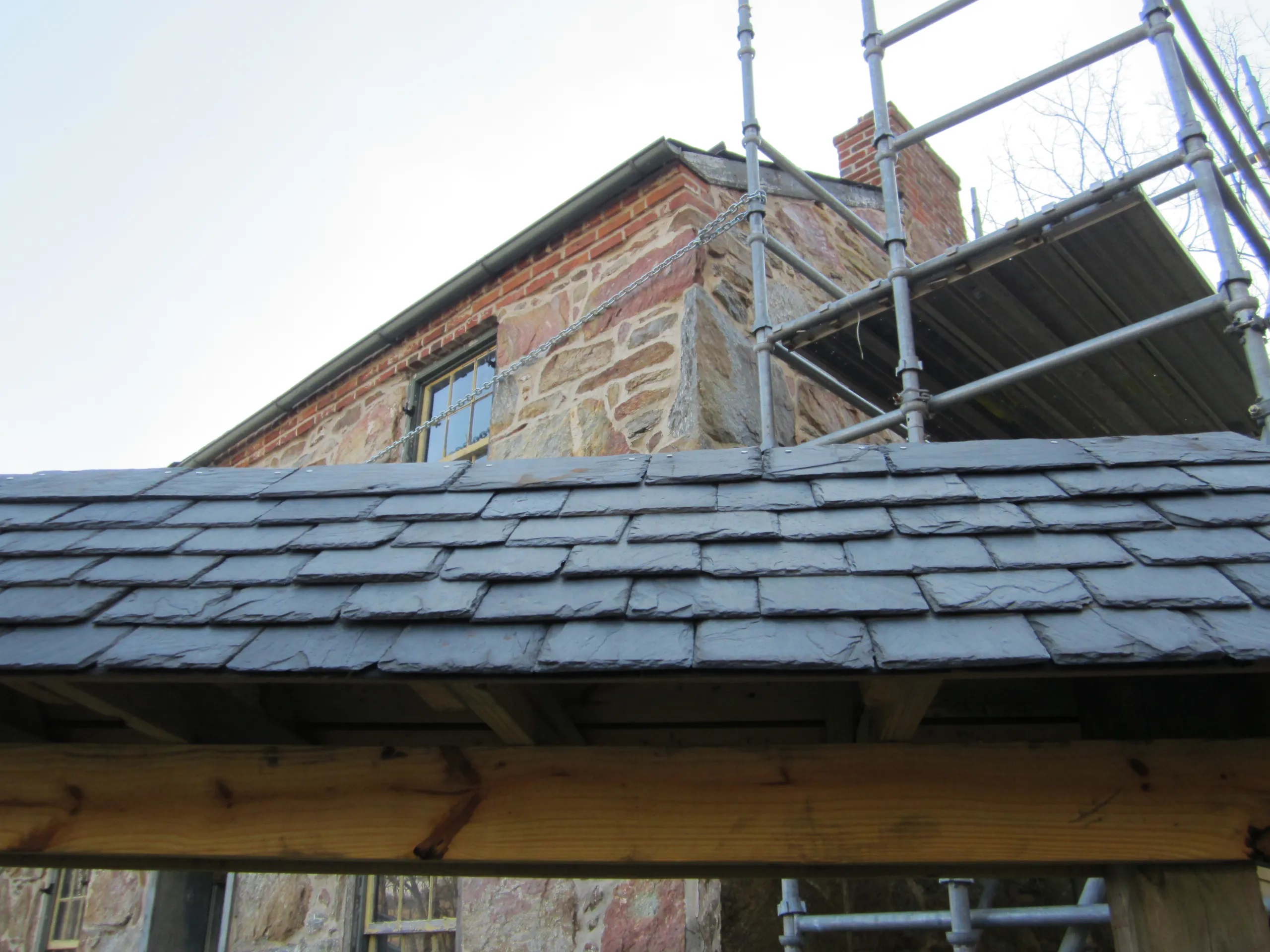 With the devastating fire that did major damage at the Horn Farm Center for Agricultural Education in Hellam Township on Monday, Oct. 25, 2021, it reminded me to write a column on the importance of slate roofs.

The Horn Farmhouse did have a slate roof that was quarried in Delta in southeastern York County. Exactly how did the slate roof help to deter the total destruction of the structure is not clearly known, but it is amazing to me how well some of the interior walls and roof trestles withstood the fire.

The brick exterior walls prevented the fire from extending down into the first floor, which suffered only smoke and water damage. The quick work of a multitude of fire companies brought the fire under control in less than two hours.

Readers that follow my columns or have been a part of my geologic educational programs in York County know that one of my favorite field trips is to Delta to show the heritage of the Peach Bottom Slate quarrying and the geology. The Delta area had the first commercial slate quarry in the United States, dating back to 1762. Welsh slate quarrying immigrants started to arrive in the Delta area to work the quarries in the 1840’s. In 1850, at the World Expo in London, England, Peach Bottom Slate was voted as the best building slate in the world. That recognition, along with the knowledge of slate quarrying by the Welsh, put the Peach Bottom Slate on the map and and it became a much-wanted product for buildings. But there is another factor involved here that boosted its marketability. That factor was realized after two major fires in the United States along with many other fires in small communities.

The Great Chicago Fire on October 8-10, 1871, burned 3.3 square miles of the town and killed 300 people. Over 17,000 structures were destroyed, leaving thousands of residents homeless. The cause of the fire was never definitely determined, but wood was the primary building material, including the shingles. When one house caught fire and with the help of a stiff wind, fire spread quickly as hot cinders fell on neighboring structures.

Another example of a disastrous fire occurred on November 13, 1885, in Galveston, Texas. A fire started in a foundry and car repair shop and destroyed a 40-block area of the city. So, in the late 19th century to avoid these large fires, regulations were enforced stating that roofing material had to be a non-flammable, such as slate. This regulation increased the need for slate, increasing the demand on quarry companies.

But there is more to the Galveston story. After rebuilding the city from the 1885 fire and putting slate (or some other non-flammable material) on the roofs, the area was struck by what is known as the Great Storm of 1900. This hurricane hit the Galveston area on September 8th and 9th and still is listed as the deadliest natural disaster in the United States and 5th deadliest Atlantic hurricane overall. There were 6,000-12,000 deaths and 10,000 people were left homeless, many of these occurring in the Galveston area. It is reported that at least 1,000 of the fatalities occurred by residents being struck by pieces of slate shingles as they were blown off of the roofs. You can only imagine the scene after the slate “frisbees” struck their victims.

It has been proven that the Peach Bottom Slate is long lasting as a building material. Examine the slate tombstones at the Slateville Presbyterian Church southeast of Delta and see how “fresh” their carvings look after 150 years. Slate being used as roofing on newly constructed homes is on the increase, mostly due to renewed recognition of its aesthetic appearance, durability and low maintenance. The most important attribute of the slate, however, is it is fire-proof.