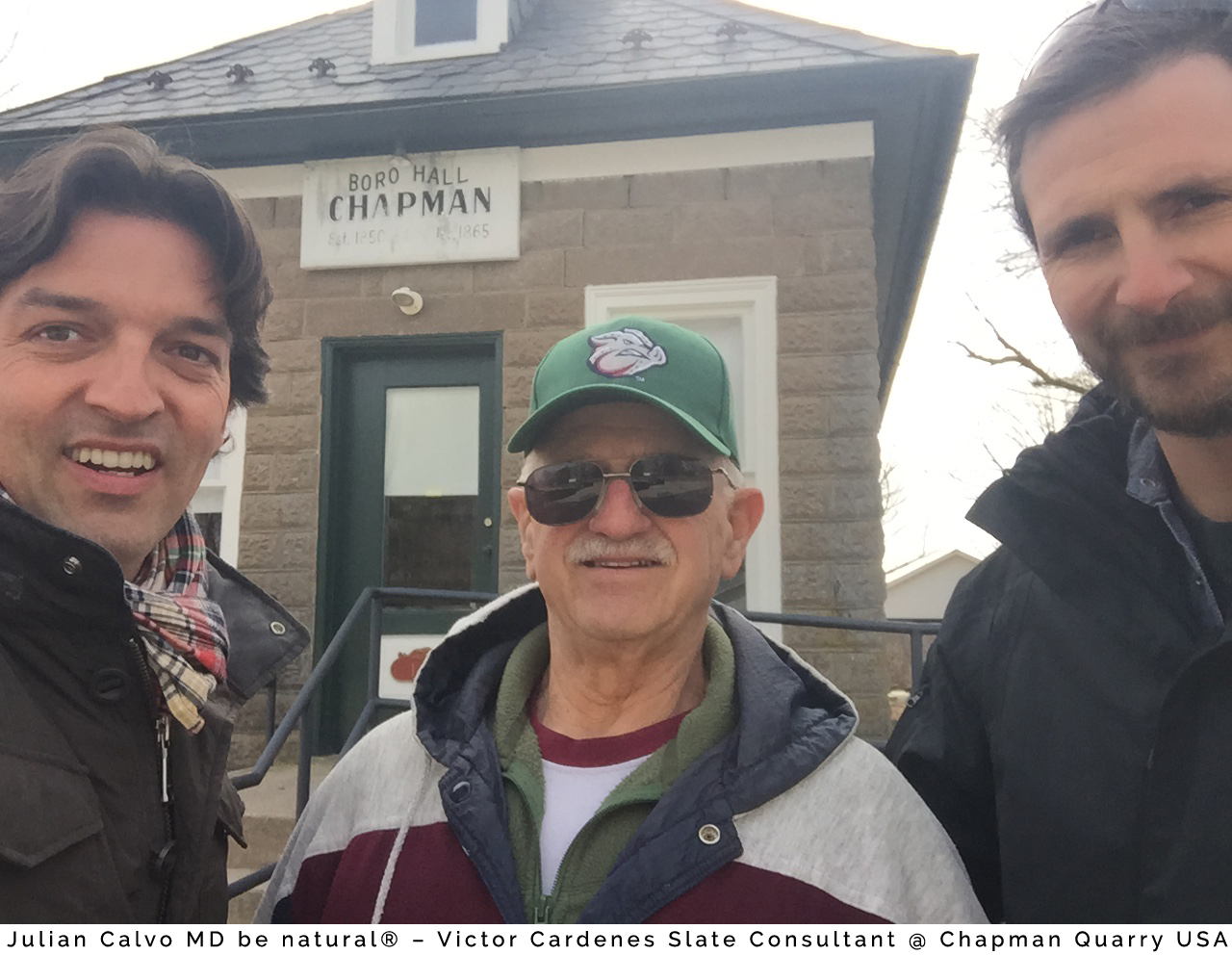 “Red-coats! Red-coats!” the (French) Hussars exclaimed joyfully, and at first Fabrizio did not understand; then he noticed almost all these bodies wore red uniforms. One detail made him shudder with horror; he observed that many of the unfortunate red-coats were still alive; they were calling out, evidently for help and no one stopped to give it to them.”

Aftermath of the Battle of Waterloo from “The Charterhouse of Parma,” by Stendhal (1839)

In the spring of 1842, when official London was still reeling over the news brought by a sole survivor of the brutal murder of an envoy in Kabul and the massacre of a 3,000-man British Army in the mountain passes of Afghanistan, the barque “Hindoo” unfurled its sails and slipped down the river Thames, bound west to America. A workhorse in the 19th century golden age of sail, the “Hindoo” carried not just freight but also a few passengers. Among them on this voyage was a 26-year-old Cornishman named William Chapman. And if any of his fellow passengers inquired, and if he felt in the mood to talk, he might have told them that it was only reluctantly that he was leaving his native Cornwall for the relative wilderness of America. That he would establish the Chapman Slate Company in Northampton County, whose product would roof some of the most prominent buildings in the country and many thousands more and is now remembered in the Borough of Chapman, was all in the future.

Cornwall is the narrow, sea-bounded county of Britain. Its craggy, elongated dragon-like shape has given it the nickname of The Lizard and its location the appellation Land’s End. But like its sister, Wales, it is home to a fiercely proud people with a different language and a different culture. It is tied to the Celts that ruled the country until the arrival of the Romans. Today some among them are still looking for increased recognition of that past. Cornwall is the semi-legendary realm of King Mark, tied by some to the legends of that other semi-legendary figure, King Arthur. And it was even said in Chapman’s time that there were women in Cornwall who still consorted with mystical creatures called fairies.

But being a hard-headed, practical fellow, Chapman most likely would have dwelled on its history as a source of natural resources. At least since 3000 B.C. Cornwall had been the place sailors and merchants from as far away as the Greek colonies came for tin, a vital element in Bronze Age weapons. The first to write about it was Pytheas, an explorer and merchant from the Greek settlement in the 4th century B.C. that today is the French city of Marseille. But Chapman’s roots were in the slate country further north. His family was from the parish of St. Teath, named for the religious figure who Christianized the region in the 5th century. His father, also a William, worked as a “slater” in the Delabole Quarries. Some sources label the quarry as being at least 800 years old. It continues in operation to this day.

Early in the 19th century European history came crashing into his father’s world in the form of Napoleon Bonaparte. The quarry’s owner, Lord Thomas Avery, decided to make his contribution to the defeat of the French emperor, aka the ”Corsican Ogre” by outfitting a company of 90 men for battle. Lord Avery must have thought there were qualities that made Chapman a good soldier because he made him the company’s lieutenant. The real shock came in early 1815 when Napoleon, who the crowned heads of Europe thought was safely bottled up in the little Mediterranean island of Elba, had broken free and was reviving the French Army on a new path of conquest. To meet this threat the Duke of Wellington organized the other allied forces to stop him.

As everyone knows this legendary battle at Waterloo did not go well for Napoleon in the end. But, in the words of Wellington it was, “a pretty close-run thing.” William Chapman Sr. and his fellow Cornishmen were among those taking part in the brunt of the battle against veteran troops being led by one of the great military leaders of history. It almost killed him. His wife, Elizabeth, hearing he was severely wounded, immediately left for the continent and found her husband among the red-coated wounded in Mt. Tonenshau near Brussels. It was here in 1816, while nursing him back to health, that William Chapman the son was born.

From the age of 7 young William had worked beside his father, learning the traditional crafts of a slater and in the words of one source, “becoming a practical workman and an expert judge of slate.” He also seems to have had the same qualities that made his father a leader on the battlefield. After working in the Devonshire quarries he was hired by Sir John Francis, a wealthy landowner, as superintendent of his quarries in Wales. This Chapman did for seven years, while saving a substantial amount of money. It was at Sir John’s suggestion that Chapman go to America to seek his future in the slate area here. But according to one source it was only “after much persuasion” that eventually found Chapman on the deck of the ”Hindoo.”

The reasons for his reluctance are unclear but Chapman was leaving all he knew to go to a place he did not know. The sources say his mother died in 1828. They say his father died at age 80 but do not give a year. Perhaps his parent was still alive in 1842, and the fact that he later had a half-brother suggests he had probably remarried. William also had two older brothers in Cornwall. Somewhere along the way Sir John had apparently gotten to know Peter Ihrie, the most prominent attorney in Easton and a well-known figure in local Democratic party politics. He saw to it that Chapman had letters of introduction to Ihrie.

Nothing is known of Chapman’s Atlantic crossing, fair or stormy. Although the ship most probably docked in New York it might also have been Philadelphia. It is known from old shipping records that on May 12, 1849, the “Hindoo,” on a voyage from Swan River, Australia to London caught fire near the equator and sank. Her crew saved themselves by escaping on the ship’s dinghy. In 1842 the railroad was built only half-way across New Jersey. Like the iron maker David Thomas and his family, who arrived from Wales a few years before, Chapman would have gone the rest of the way by coach.

After this long journey, the young man presented himself in Ihrie’s office with Sir John’s letters of recommendation. Accounts of those early years are brief. Chapman went first to a quarry at the Delaware Water Gap. The was followed by some time spent at a quarry at Christian Spring near Bath. Then, for what the sources call “a very short time,” he was superintendent at the Charles H. Daniel Quarry. But all the time “he took to exploring the slate fields.” Chapman made his decision and finally leased the property in Moore Township with the privilege of purchasing it, which he did in 1850 under the name of Chapman & Helfrich. The same year he married Emily Frances Carry, a South Carolina native educated in Baltimore. She would have seven daughters and four sons.

In 1864 by special act of the state legislature the firm was incorporated with $400,000 as the Chapman Slate Company and in 1865 the borough of Chapman was founded. Chapman brought over skilled slaters from Northern Wales, Cornwall and Devon along later with laborers from Italy and local Pennsylvania Germans. According to one source the slate from Chapman Slate Company quarries was “dark blue, hard close grained and tough.” Its chief use was to be as roof tiles. Among the 19th century buildings having Chapman slate roofs were The Metropolitan Museum of Art in New York, the Academy of Fine Arts in Philadelphia and the state capitol buildings in Albany, NY and Hartford, CT. Others included Boston’s Holy Trinity Church, Chickering Hall (a large New York lecture and concert hall built for the piano company of that name that hosted, among others, Oscar Wilde) and the old Grand Central Depot in New York, predecessor to the current Grand Central Station.

In 1868 Chapman moved his family to a large Victorian home on Market St. in Bethlehem. He was a devout member of Trinity Episcopal Church. From Bethlehem he made frequent trips to the company’s New York office and often negotiated, as both the company’s president and treasurer, its contracts himself. Chapman left the day to day running of the Chapman Slate Company to his half-brother Richard Chapman, a fellow “slater” who came to America from Cornwall in 1862. After spending some time in Pen Argyl running the Pennsylvania Slate Quarry, in 1866 he took over the Chapman Company Quarries. It was Richard Chapman who created, using wire rope, what was called an inclined cableway for hoisting large slate blocks and slate waste out of the quarry. It was so successful and efficient soon quarries across the country adopted it.

Like many industrial centers of the time Chapman borough was a one company town with company housing and a company store. It also had a school, two churches, a post office, hotel and railroad station. The company also provided the borough hall with three jail cells and slate “potties.” Richard Chapman’s home, a handsome Victorian structure, still exists on the borough’s South Main Street. He was a staunch Democrat who served in the state legislature and as chief burgess. He was also a delegate to several Democratic national conventions.

By the start of the 20th century, William Chapman, who had embarked on the Hindoo in 1842 at 26, was now 86. On December 13, 1902 the baby who had opened his eyes shortly after the battle of Waterloo closed them forever in the first administration of Theodore Roosevelt. In time the Chapman family sold the slate company, which went out of operation in 1959. Except for piles of waste, slate and a slate factory chimney, there is little sign of the slate company’s works.

Today Chapman is a pleasant, quiet borough of homes and homeowners with a population of a little less than 200.