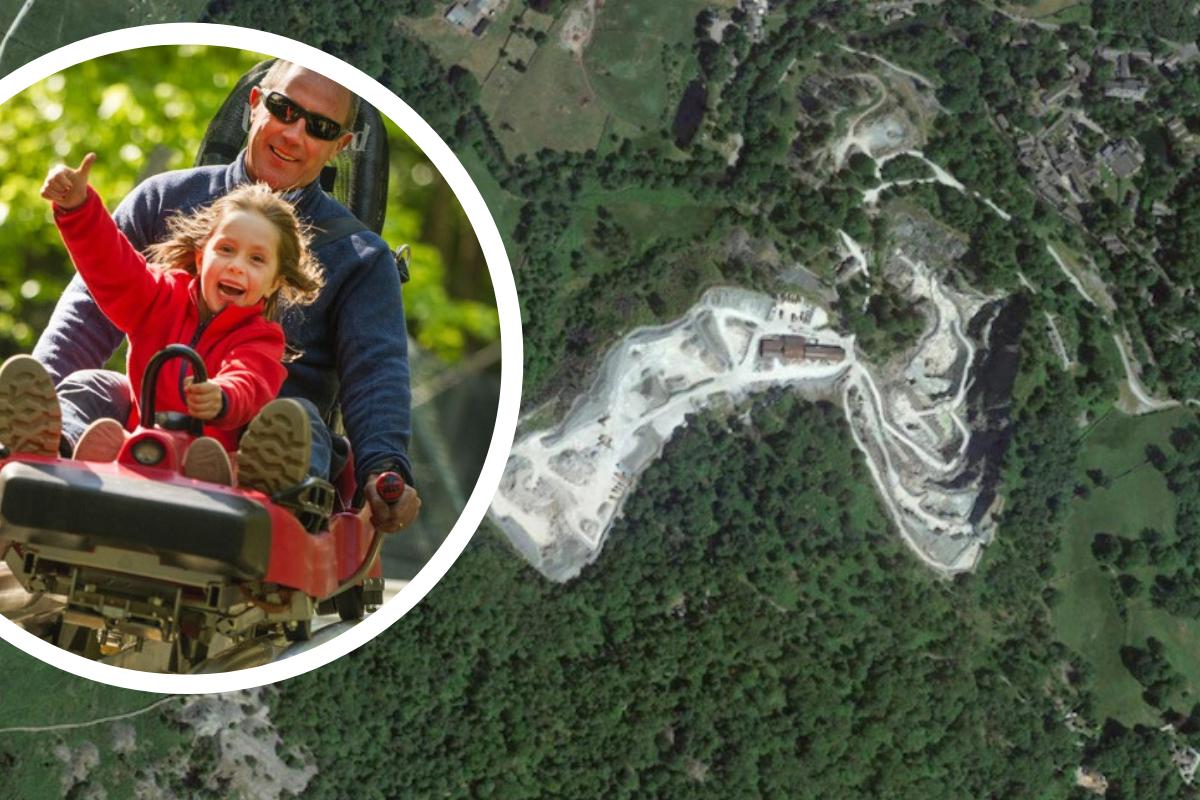 AMBITIOUS plans to create an ‘adventure tourism experience’ at a Lake District quarry are set to be put forward, it has been revealed.

Burlington Stone wants to turn Elterwater Quarry into a tourist attraction with high ropes courses and a rollercoaster.

‘Vantage points’ around the quarry would allow non-participating members of the public to watch on and learn about the history of the site and the slate industry.

But, according to a district councillor for the area, the groundswell of public opinion is against the plans.

«This part of the world is very busy at it is,” said Cllr Malcolm Lamb.

“It’s stretched as far as infrastructure goes, the roads, parking, and this will only add to that problem.”

The stone company, based in Kirkby-in-Furness, says it has ‘taken the decision to focus its extraction on fewer quarries’ and that the plan for a tourism experience is a way of preserving the Elterwater site and its underground caverns.

“These experiences will provide a fun way for guests to appreciate and enjoy the environment, without having to alter or change the existing landscape,” said a spokesman.

“It will allow visitors to get a real sense of the quarry’s rich history which dates back to the middle of the 19th century.”

The spokesman said the ‘Cavern Coaster’ would be an ‘environmentally friendly, toboggan-style’ ride that would take passengers through forested areas and reclaimed quarry land, culminating in an underground section through the caverns.

“The development will predominantly be contained within the quarry void and caverns, supplemented by sympathetic landscaping around the site,” he said. The company also plans to create a new car park at the quarry in an effort to avoid placing additional strain on parking provision in the area.

“It is hoped this facility might also provide relief to existing problems in and round Elterwater village,” said the company spokesman.

“As a business already operating in the Lake District National Park, we are aware of the long-standing traffic problems that exist, especially during peak visitor periods.

“We have started early discussions with key stakeholders to help us to develop a strategy for sustainable transport.

Electric vehicle charging facilities and bicycle storage would also be introduced at the site.

Burlington Stone says its intention is to create ‘sustainable jobs for local people’.

However, Cllr Lamb, who lives in Chapel Stile and is building a house in Elterwater, described this as a ‘complete fallacy’.

He felt the surrounding area did not have the numbers of people available to provide staff and that it was not an area staff members would be able to afford to live in.

He said other companies had been forced to bring workers into the area from further afield and expected this to happen with Elterwater Quarry.

“This project is anything but sustainable,” he said.

“It will bring in more tourists, which we already cannot cope with, to the detriment to the environment in this area.”

Burlington Stone says it is currently developing a planning application for Elterwater Quarry and is liaising with various organisations and local authorities.

A spokesman for charity Friends of the Lake District said: “We have already had an informal discussion on site with Burlington and have highlighted some initial thoughts and potential areas of concern to them, including traffic generation and management, how biodiversity and rights of way might be incorporated and, of course, how the proposal will fit within the landscape.”