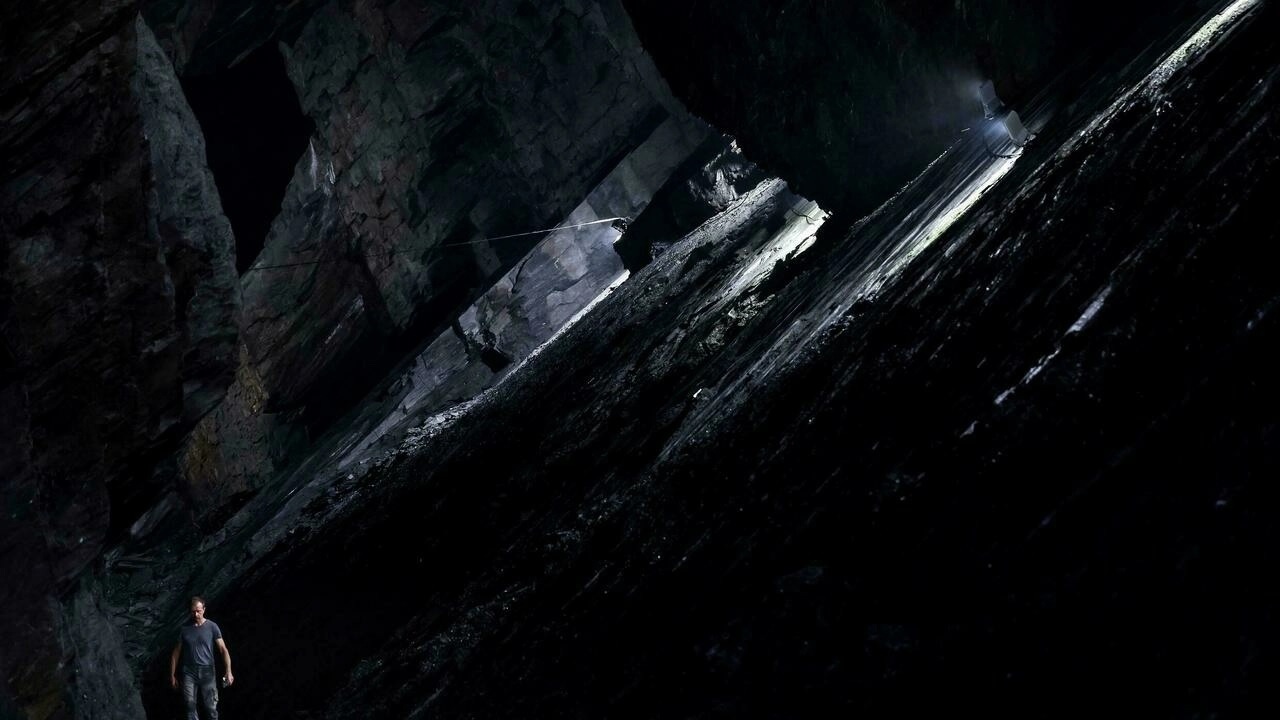 For the past decade, Vincent Theret has worked alone in a deep hole under the wooded Ardennes hills of southern Belgium.

Boasting of being the last of his kind, he harvests slabs of blue-tinged shale, left behind as waste in what was once a thriving slate mine that closed in 1948.

The shale was too hard to be worked as slate, but in the hands of the 61-year-old craftsman it is now used in decorative masonry and paving, tiles and sinks, for householders who prize its hard-wearing elegance.

But as a source of architectural flair, rather than of a mass-market roofing material, the drift mine in Alle-sur-Semois no longer supports a large mining community … just Theret, who rents access to the cavernous pit from the local council and ventures in alone. Theret works alone, in the bowels of the rock Kenzo TRIBOUILLARD AFP

It’s dark, damp and potentially dangerous but, Theret told AFP, «the day I’m afraid to go into the mine, I’ll stop.»

Inside the gallery, lit by spotlights, he manoeuvres an excavator to load tonnes of stone.

«You have to be careful, you don’t go in there like you’re going to the fair,» he says, recounting that one day when he arrived on the spot he found a 500-tonne block that had broken from the wall.

«I listen to the mine, to the drops of water falling from the vault, to the cracks. You have to listen, you have to observe», explains the man who was first a bricklayer, then worked in an open-cast quarry before bringing this former slate mine back to life in 2012. Theret was first a bricklayer, then worked in an open-cast quarry before bringing the former slate mine back to life in 2012 Kenzo TRIBOUILLARD AFP

At the Vresse-sur-Semois site, another old gallery has been fitted out for tourist visits, to tell the story of the daily life of the former miners, driven out of business by competition from foreign slate exporters.

Theret says that he thinks about these miners every day as he recovers their shale waste. «What they are giving me here is great… The good stone, we go and get it from the bottom, that’s why the miners went down so deep. The further down you go, the more moisture the stone has and the more beautiful it is, better quality.»

He judges the quality by ear. «A good stone sounds like a musical note,» he says.

In the bowels of the rock, he works alone. He has no time to teach anyone the job, and says he will continue as long as health allows.

After being loaded, the raw material is driven to an outdoor area where Theret sorts it. Some is used to make shale chips for gardens, some becomes tables, tombstones or coping for swimming pool surrounds. The best pieces are made to order in his workshop, 10 kilometres (six miles) away. A few years ago, he also started artistic sculpting, encouraged by a client.

«Having a block that weighs many tonnes, splitting it, cutting it, sawing it, shaping it, and getting feedback from my clients who tell me, ‘Mr Theret, the stones are magnificent’,» he explains.